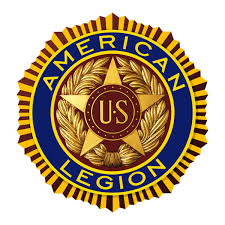 General Membership Meeting:  2nd Wednesday of every month at 7:30 PM

Executive Board Meeting:  1st Tuesday of every month at 7:00 PM

The Sons of The American Legion Squadron 40

General Membership Meetings:  2nd Wednesday of every month at 7:00 PM

Words of Three Presidents To Remember

"In America, our origins matter less than our destination, and that is what democracy is all about."
- August 17, 1992

We must never lose that sense of adventure, that thirst for knowledge - or the determination to explore the outer limits of our own abilities.

"The true democracy, living and growing and inspiring, puts its faith in the people - faith that the people will not simply elect men who will represent their views ably and faithfully, but will also elect men who will exercise their conscientious judgment - faith that the people will not condemn those whose devotion to principle leads them to unpopular courses, but will reward courage, respect honor, and ultimately recognize right."

Four score and seven years ago our fathers brought forth on this continent, a new nation, conceived in Liberty, and dedicated to the proposition that all men are created equal.

Now we are engaged in a great civil war, testing whether that nation, or any nation so conceived and so dedicated, can long endure. We are met on a great battle-field of that war. We have come to dedicate a portion of that field, as a final resting place for those who here gave their lives that that nation might live. It is altogether fitting and proper that we should do this.

But, in a larger sense, we can not dedicate -- we can not consecrate -- we can not hallow -- this ground. The brave men, living and dead, who struggled here, have consecrated it, far above our poor power to add or detract. The world will little note, nor long remember what we say here, but it can never forget what they did here. It is for us the living, rather, to be dedicated here to the unfinished work which they who fought here have thus far so nobly advanced. It is rather for us to be here dedicated to the great task remaining before us -- that from these honored dead we take increased devotion to that cause for which they gave the last full measure of devotion -- that we here highly resolve that these dead shall not have died in vain -- that this nation, under God, shall have a new birth of freedom -- and that government of the people, by the people, for the people, shall not perish from the earth.